Men and women now on equal footing for cardiovascular risk, with both improving 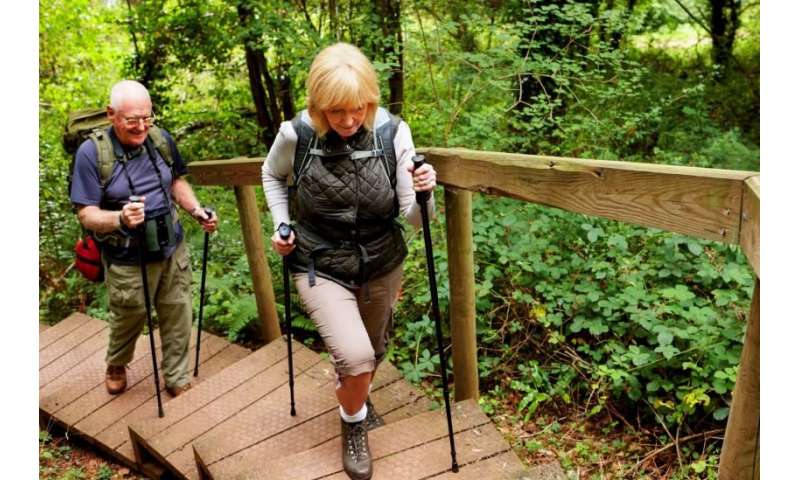 A USC study of risk factors for heart disease and stroke found that differences related to age and gender had largely gone away. Credit: iStock

Both men and women over 50 reduced their risk factors for heart disease and stroke between 1990 and 2010, according to a new study from USC demographers. The study also showed that differences related to age and gender had largely gone away.

The study credits decreasing rates of smoking and increased use and efficacy of prescription medications for reductions in high blood pressure and cholesterol levels. Crimmins noted that these findings of similar cardiovascular risk profiles for men and women may help explain why the life expectancy gap between men and women has been narrowing.

"We've always thought men and women are really different," she said. "But now that we can control for risk factors that were worse for men, the women don't look that different."

The researchers found that both men and women decreased their mean number of cardiovascular risk factors, with the greatest improvement among those 60-69 years old. However, the improvements were paced differently. Men showed steady improvement over the two decades, while women's gains occurred in the latter portion, from 2000 to 2010. In fact, there was an increase in cardiovascular risk among women aged 40-60 in 1990 and 2000, but by 2010, this was no longer the case.

The researchers also said that the use of hormone replacement therapy was unrelated to high risk blood pressure in women.

"It appears women were not being treated as frequently or as effectively as men for hypertension and high cholesterol," Crimmins said. "But they are now."

Indeed, the effectiveness of cholesterol medication appeared to consistently increase for both men and women. The percentage with controlled cholesterol rose from around 63 to over 95 percent for men, and from 65 to 88 percent for women, according to the study.

"Further medication-related reductions in cardiovascular risk and mortality may be increasingly difficult," Crimmins said. "The use and efficacy of these medications may have helped counteract increases in indicators for obesity and diabetes since 1990."

The researchers said that stopping smoking, eating healthier diets and increasing physical exercise could lead to more potential improvements. They also said that more research is needed on how increasing prevalence of atrial fibrillation and obesity will relate to cardiovascular health, dementia and mortality.

Provided by: University of Southern California


The views expressed in content distributed by Newstex and its re-distributors (collectively, "Newstex Authoritative Content") are solely those of the respective author(s) and not necessarily the views of Newstex et al. It is provided as general information only on an "AS IS" basis, without warranties and conferring no rights, which should not be relied upon as professional advice. Newstex et al. make no claims, promises or guarantees regarding its accuracy or completeness, nor as to the quality of the opinions and commentary contained therein.